Restless legs syndrome (RLS) is a condition that causes uncomfortable sensations, most often in the legs. RLS symptoms typically occur when the person is sitting, resting, or laying down, and often happen at night. Clearly, this has a big impact on a person’s ability to fall asleep and stay asleep.

Unfortunately, there isn’t anything proven as to what causes this sleep disorder. About 10% of Americans have RLS, either chronically or at some point in their life. It is even present in young people, as restless legs in children afflicts an estimated 1.5 million children and adolescents. In fact, about 35% of people who have primary RLS say the condition began before the age of 20 and a full 10% say it started before the age of 10. Restless legs in kids is a very big deal, because sleep deprivation affects their grades in school, capacity to store what they’re learning into long-term memory, and socialize well with others their age.

Some people have primary RLS, which has no known cause. Several genetic links have been found for this, meaning it can be inherited across generations in families. Others have secondary RLS, which is typically associated with nerve problems, pregnancy, iron deficiency, or chronic kidney failure.

There is no “cure” for Restless Leg Syndrome, but we do know several successful ways to treat it. Research suggests that it’s related to poor circulation, which should be the first thing you address if you’re suffering.

The sensation of having RLS  has been described as a tingly, crawling, creeping feeling, as well as the overwhelming urge to move the affected limb. For most people with Restless Legs Syndrome, symptoms are mild. However, if your symptoms are moderate to severe, it can cause serious consequences in your life. It can prevent you from sleeping enough, which in turn leads to a whole host of other problems with daytime focus, thinking, your job, your mood, your immune system, and enjoying your social activities. As a result of these problems, RLS can lead to anxiety and depression. And the longer you have the condition, the worse it can get. If you are exhausted and know that tonight won’t be any better, it’s hard to enjoy anything.

Restless Legs Syndrome delays sleep onset, causes multiple awakenings, decreases total sleep time, and it even affects the quality of sleep. Because sleep occurs in different stages, when that distribution is disrupted it stops your body from restoring and repairing the way it needs to. An individual who wakes up constantly ends up having non-restorative sleep.

You want to know how to stop restless legs at night. This is understandable! Thankfully, if you are one of the many people who suffer from RLS, you don’t have to deal with it any longer. There’s quite a few things you can do to help, and none of them are prescription sleeping pills that have potentially harmful side effects.

Your first step in addressing how to stop restless legs at night should be to figure out if something is causing it. While it can be related to things that are largely out of your control, such as genetics or pregnancy, other possible factors can be addressed. The use of caffeine, alcohol, and tobacco can aggravate your symptoms, so limiting these substances can help. Some people claim that eating lots of sugar aggravates their RLS symptoms, so try cutting down on excess sugar and see if that helps. We wrote a dedicated article on how to alleviate your restless leg syndrome naturally.

We also recommend sleeping on an adjustable bed base. As stated above, many medical professionals and researchers say that Restless Leg Syndrome is caused by poor circulation. Raising your legs helps with this.
Having good sleep habits is advisable for everyone, but perhaps especially for people who have trouble sleeping, such as those with Restless Leg Syndrome. Go to sleep and wake up at the same time each day, as this schedule keeps your natural circadian rhythm going smoothly. Keep your sleep area cool, quiet, and dark. Keep distractions, especially the TV and cellphone, to a minimum in your bedroom.

Nearly 12 million Americans suffer with Restless Leg Syndrome. Now that you know how to stop restless legs at night, you can begin creating a slumber oasis that brings you the restful sleep you’ve been missing. If you need any of these items, from a weighted blanket to an adjustable bed base, City Mattress is your one-stop shop to get it all! 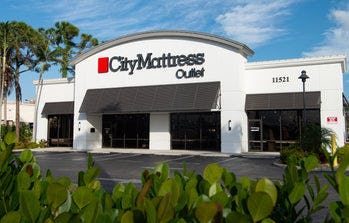 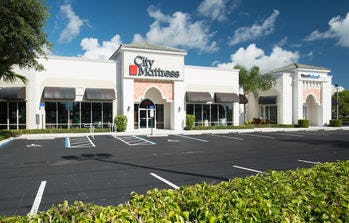 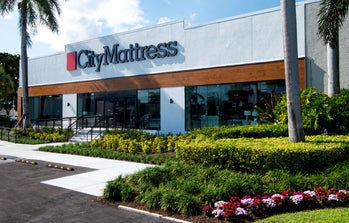 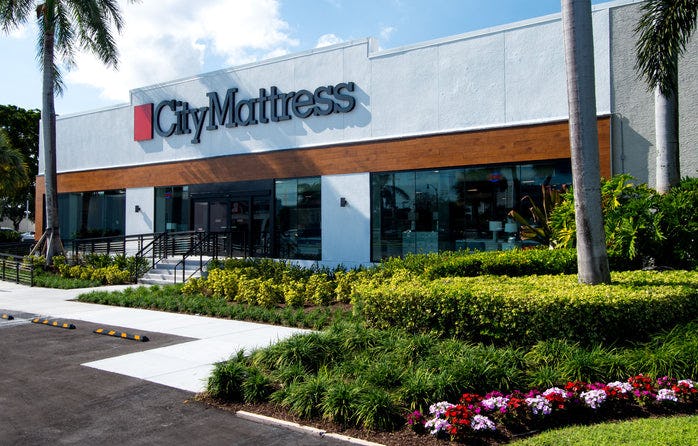 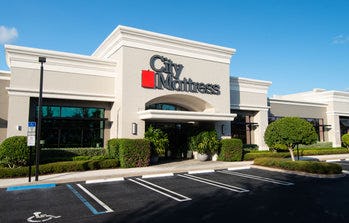 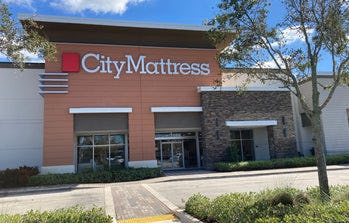